Pittsboro is the county seat of Chatham County, its heart and soul. The town is home to roughly 6,000 residents and workers from outside the town limits, but that number can change quickly. Chatham County is one of the fastest growing counties in North Carolina and is known for its diversity.

The town is also known for its emphasis on agriculture, sustainability, and innovation. Pittsboro offers opportunities for many careers, including software development, biofuel research, and the arts. Its proximity to both the Piedmont Triad and Research Triangle areas give it the perfect blend of small town atmosphere and big city opportunities.

The North Carolina Zen Center is located here as well, a renowned center for Buddhist thought and meditation. And if you’ve ever watched PBS’ popular show The Woodwright’s Shop, you’ll be pleased to know that Roy Underhill opened his woodworking school right here in Pittsboro! 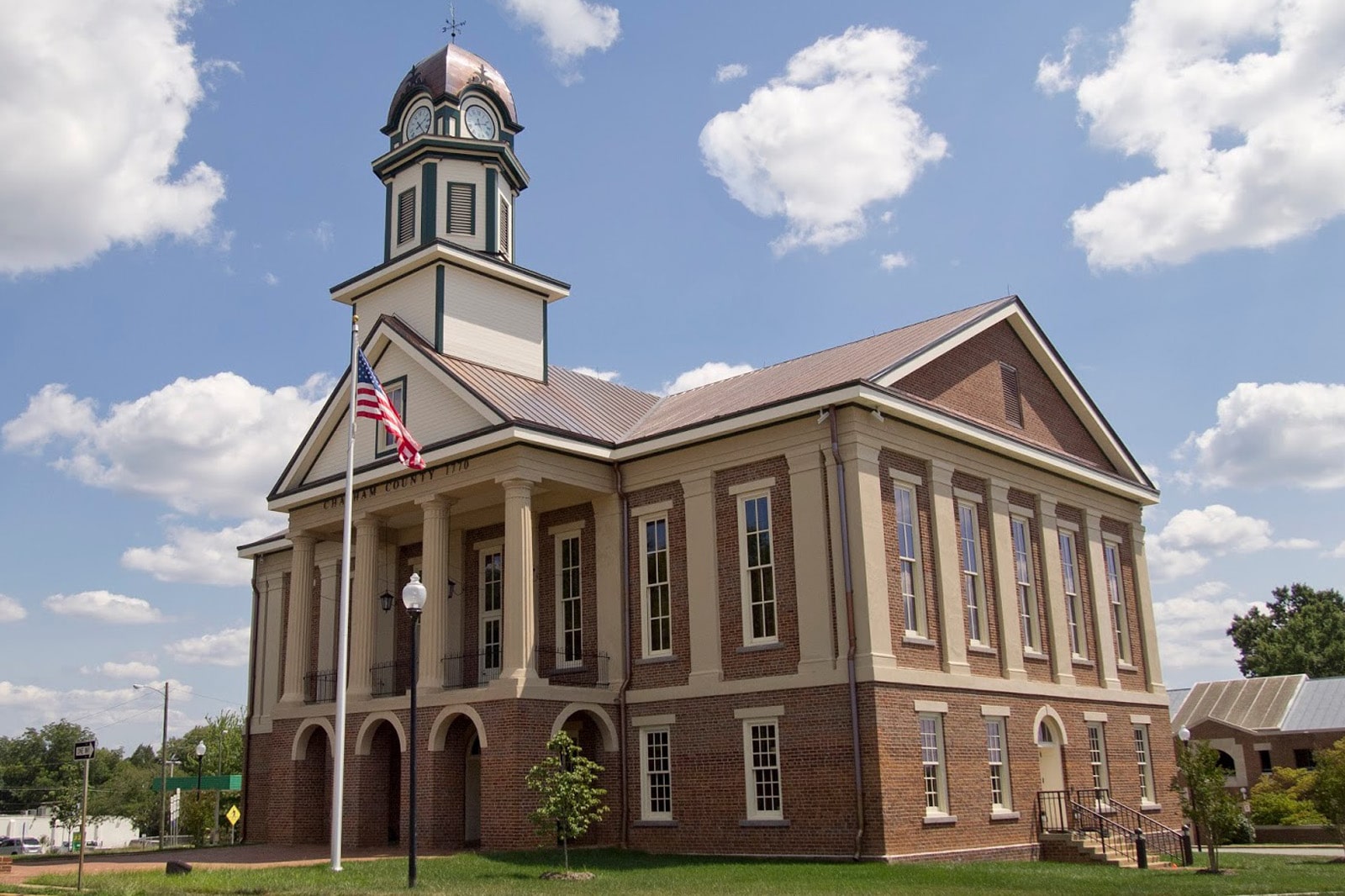 Chatham Park: the Jewel of Pittsboro

A planned development district that won’t be fully completed until 2045, Chatham Park is already blossoming into a beloved space. The more than 7,000 acres contain entertainment services like a theater and amphitheater, plenty of retail shops, award-winning restaurants, and living spaces.

Plus, Chatham Park has 30 miles of greenway for hiking, biking, and connecting neighborhoods around Pittsboro.

Chatham Park is a monument to the modernity of Pittsboro, but there’s also a lot of history surrounding the town. If you’re a history buff, you’ll love the Historic District. Much of the district dates back all the way to 1787, when the town was formed as “Pittsborough.”

In the historic district, you’ll find:

Chatham County is known for its breweries, distilleries, and wineries. Many of those have won awards for their offerings, and many can be found right in Pittsboro! Get some North Carolina vodka over at Fair Game Brewing Company, get some craft beer at Carolina Brewery, and sample some amazing honey wine at Starrlight Mead.

But you don’t have to visit the actual breweries to have a fun time in Pittsboro. There are also many bars, restaurants, and craft beer stores that feature the region’s best drinks. Plan a date night or a night out with friends and hit the town!